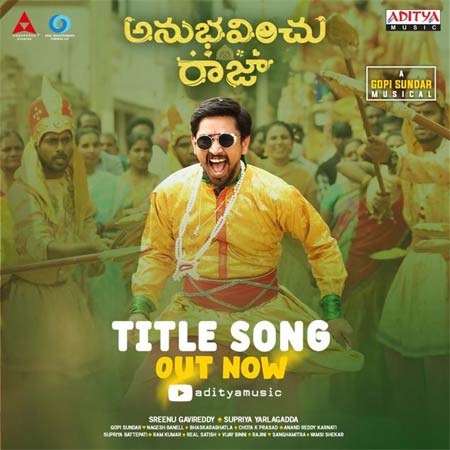 It is a known fact that Raj Tharun is doing a film called Anubhavinchu Raja that is being produced by Annapurna Studios.

The film’s promotions are in swing and today, the makers have released the title song Anubhavinchu Raja. Composed by Gopi Sundar, this song is quite energetic and is sung quite differently by Ram Miryala.

The orchestra, lyrics, and setup are so cool. The dance steps are also nice and the song will be liked by one and all as you listen to it more.