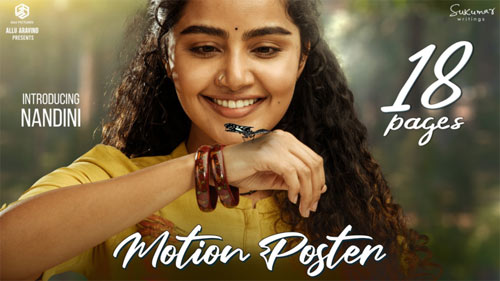 Anupama Parameswaran is a gifted actress and is looking to change the game in her second innings. She is currently working for Nikhil’s 18 Pages and today, her look has been revealed.

Anupama plays Nandini in the film and looks lovely in the motion poster that has been released. From a young upcoming heroine, she has nicely transformed into a beautiful actress now. This was proved in her new short film Freedom at Midnight that has won a lot of praise.

Apart from this film, she is currently working for Karthikeya 2, Husharu director Sree Harsha Konuganti’s next film Rowdy Boys, and the Telugu remake of Helen.