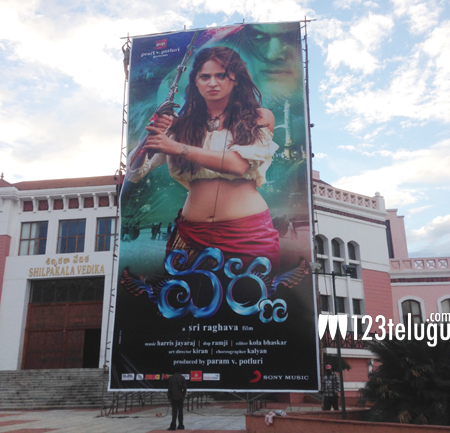 Huge cutouts are prepared for star heroes and matinee idols on a regular basis. But is quite rare to see huge cutouts being prepared for heroines. Tall beauty Anushka has bagged that honour and a huge cutout has been erected for her at Shilpa Kala Vedika. The cutout, measuring approximately 70 feet, of Anushka has been erected for the audio launch function of the film ‘Varna’. The event is going to take place on the 27th of this month.

Anushka and Arya will be teaming up for this big budget graphical extravaganza. Selvaraghavan is the director of the film and Harris Jayaraj has composed the music. PVP Cinema banner has produced this big budget film.

‘Varna’ is getting ready to hit the screens on the 22nd of November.