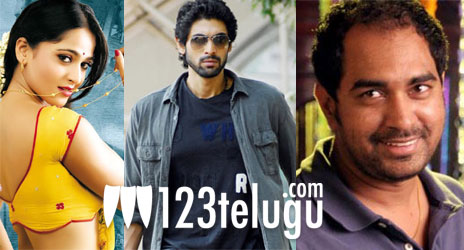 The latest buzz in Filmnagar is that Anushka has been roped in to play the female lead opposite Rana Daggubati in his upcoming project ‘Krishnam Vande Jagadgurum’. The movie is going to be directed by Krish Jagarlamudi and the muhurtam shot is going to be filmed on December 14th. Some reports also indicate that the movie is going to have a mafia backdrop and Rana will portray a powerful character called Reddappa. An official confirmation is expected soon.

Jagarlamudi Sai Babu is producing this movie on First Frame banner.Rana is currently busy with Department and Naa Ishtam. This movie will be Krish’s third film after the critically acclaimed ‘Gamyam’ and ‘Vedam’.