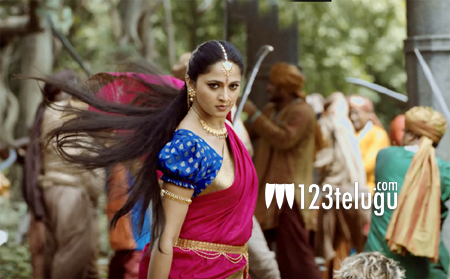 The tall and gorgeous Anushka will be seen as Devasena in S.S. Rajamouli’s period film , ‘Baahubali’. A making video was released today by the team and Anushka looked quite regal in the video.

The making video also gives us an idea about the extensive efforts being put in by the team for this film. Baahubali is expected to be one of the most expensive films ever produced in India and the production team is taking this quite seriously.

Prabhas and Anushka have been showcased in two making videos so far. The next video could be out on Rana Daggubati’s birthday in December.

Rajamouli is being assisted by his regular team for this project. Rama Rajamouli is taking care of the costumes while Keeravani is handling the music. Senthil is the cinematographer of the film and Peter Heins is the fight master. Baahubali is being produced by Arka Media.