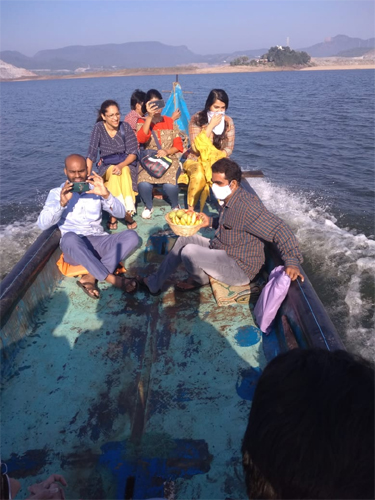 Actress Anushka Shetty, who was last seen in Nishabdham, made a rare public appearance. She visited the famous Sri Veerabhadra Swamy Temple in the Pattiseema region in Polavaram, West Godavari district. She offered special prayers to the god.

Anushka was accompanied by her good friend Prashanti Tipirneni, the costume designer who worked on Baahubali and also produced HIT and Awe. They reached the temple on a boat. A few pictures of Anushka and her friends visiting the temple are going viral on social media.