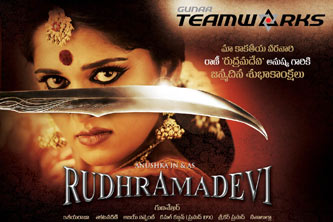 Anushka will be seen as Rani Rudrama Devi in Gunasekhar’s maiden production venture ‘Rudrama Devi 3D’. Rana Daggubati will be seen in a key role in this movie and the film’s muhurtam shot was canned today at the famous 1000 pillar temple in Warangal. The movie unit was present at the temple and a special pooja was performed by the priests.

Gunasekhar is very excited about the project and he is employing international technicians to get the film’s look in 3D right. Ilayaraja is going to compose the film’s music while Ajay Vincent will handle the cinematography.

The film will feature extensive special effects which will cost a lot of money.