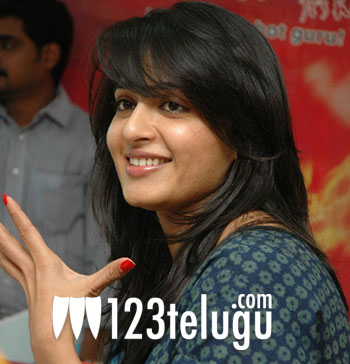 Remember those funny ads of Colgate featuring Trisha as a TV reporter and asking ‘Mee Toothpaste lo Uppu Undha?’ (Is there salt in your toothpaste?). Now, Anushka is going to do the honours in Telugu and Tamil for this brand. For a very long time, Trisha was the fact of Colgate Toothpaste and after roping in Allu Arjun as their brand ambassador for AP market, the brand has signed Anushka in a new endorsement deal. Of late, national brands have been increasingly choosing regional film stars to promote their products and thanks to Anushka’s popularity in both AP and Tamil Nadu, she has become the new face of Colgate. Meanwhile, the actress is extremely busy shooting two Tamil films including Thandavam and Alex Pandian. Both these films are expected to hit the screens later this year.