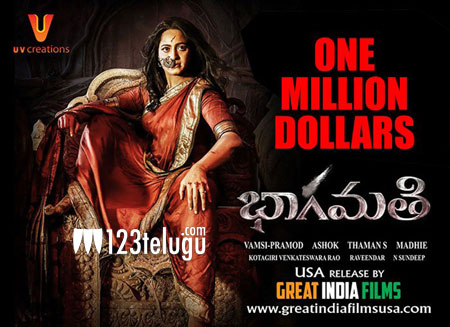 Star heroine Anushka, who’s being hailed as the Lady Superstar, has just set a new record in the US. Anushka’s latest horror thriller, Bhaagamathie, has just entered the $1 million club.

Bhaagamathie is the first South Indian movie featuring a female actress in a lead role to earn $1 million in the US. Incidentally, Anushka has overpowered her own movie (Rudhramadevi $971K) to achieve this rare feat. Bhaagamathie is also the first $1 million movie for its producers at UV Creations.

Bhaagamathie is directed by Pilla Jamindar fame Ashok. Thaman is the film’s music composer. The film has so far collected over Rs 30 crore worldwide share.