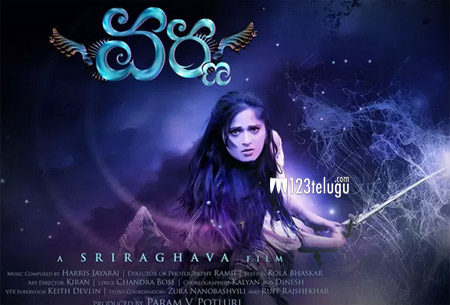 Leggy Lass Anushka is getting ready with her new film Varna in which she will be seen in two different avatars. The makers of the film PVP house are planning to release the film on 1st of November both in Telugu as well as Tamil.Tamil hero Arya will be seen as the male lead in this magnum opus. As per the sources the movie is expected to be a different love story.

Harris Jayaraj has composed the music of the film and the audio has already been released in the Tamil market. Selva Ragahvan who is famous for directing cult films in the past is the director of this film. Promotional activities will be starting in Telugu from the 1st of October.