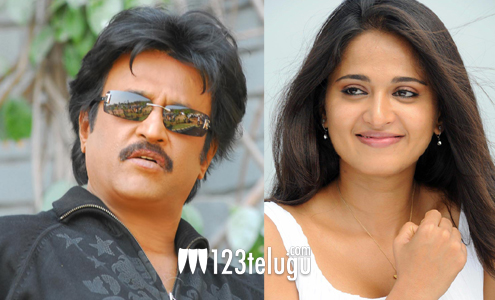 A hot new rumour is going around in Filmnagar right now. After the completion of his current project ‘Kochadaiiyaan’, Rajinikanth might work with K.S.Ravikumar. The duo worked together for films like ‘Muthu’ and ‘Narasimha’ previously and this new project might take off in the second half of this year.

Tamil media reports suggest that Kannada producer Rockline Venkatesh might be the producer. While no official statement has come about this project, sources say that Rajinikanth has okayed the script narrated by Ravi Kumar.

And who will be the heroine in the film? Apparently, our very own Anushka might get a chance to act with Rajinikanth in this movie. If this news turns out to be true, it will be a dream come true for Anushka. Let us wait and see what happens.