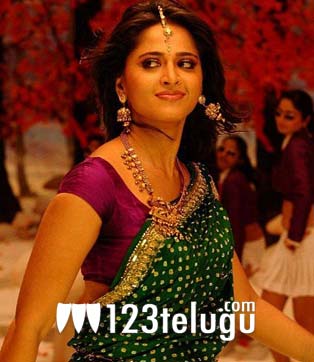 Sakuni starring Karthi and Pranitha will see Anuskha in a guest appearance. This will be the second time (the first being Thakita Thakita) that the actress has agreed to do a guest role. It is not that she is any less busy. If anything she is finding it difficult to juggle her dates for four films which are in one stage of production or another.

But Anushka says she agreed for Sakuni because of the way Director Shankar Dayal shaped her character. “It is a small , but a very key role in the context of the movie” said the actress justifying her decision. Along with this, Anushka also agreed to do a film with hero Karthi in which she will be the main lead. In all likelihood that will also be a bi-lingual.

She says the idea of bi-lingual’s excite her as they would help her maintain a foothold in both Telugu and Tamil film industries.