The much-awaited new GO regarding the movie ticket prices has been finally issued by the AP government this evening.

The new GO is not exactly a satisfactory one for the Telugu Film Industry. According to the latest GO, the least ticket price for a movie is Rs. 40 and the highest is Rs. 250, depending on the areas and theaters.

It is mentioned that the movies with more than Rs. 100 crores of production cost (excluding cast and crew remunerations) will be considered as super high budget films. Such movies will have special prices for 10 days only if 20% of the movie will be shot in Andhra Pradesh.

Also, the 5th show is allowed for small budget movies that are completed within Rs. 20 crores of budget including remunerations of the star cast.

So, the new GO is seemed to be a boon for small budget movies and definitely a drawback for high budget films like RRR and Radhe Shyam that are completely shot in foreign locations and depended on VFX. We need to wait to know how the Tollywood bigwigs will respond to the revised ticket prices. 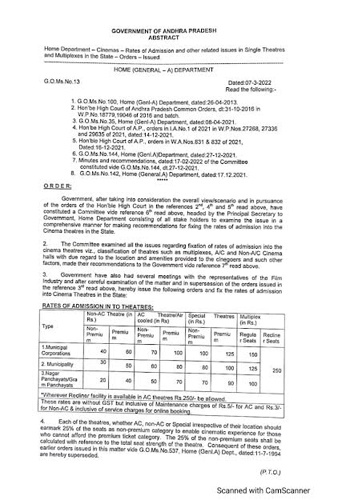 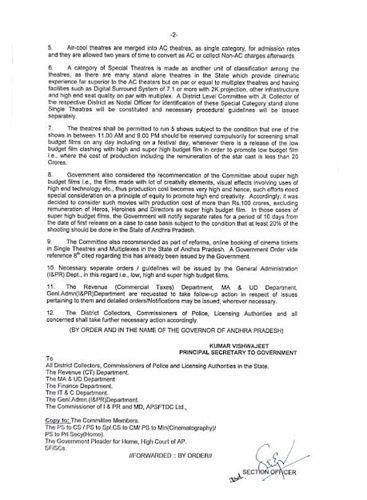