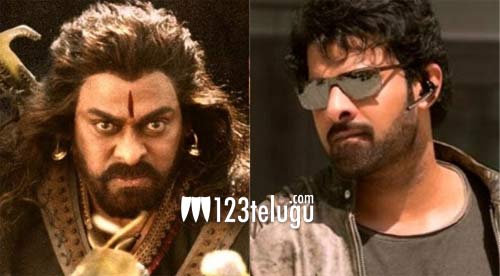 Prabhas’ Saaho and Chiranjeevi’s Sye Raa are the two most prestigious biggies to come out from Tollywood on August 30 and October 2 respectively. Both the movies are made with staggering budgets, placing them among the costliest movies ever made in India.

While Saaho is mounted on a budget of Rs 350 crores, nearly Rs 250 crores have been spent on Sye Raa. To recover their mind-boggling investments, the producers of Saaho and Sye Raa are said to have together approached the governments of Andhra Pradesh and Telangana for help.

Apart from the price hike, a request for permission to allow 2 additional shows before 10 AM have been papered by Saaho makers to the AP and Telangana governments. Needless to say, both Saaho and Sye Raa will set the box-offices on fire once the necessary permissions are in place and the movies open to positive response.