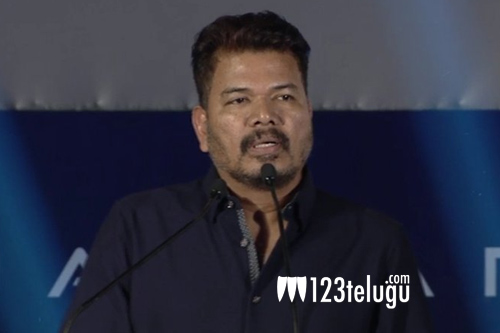 The Hindi Remake of maverick Kollywood director Shankar’s 2005 blockbuster vigilante drama, Anniyan (Aparichitudu in Telugu), starring Ranveer Singh, has turned into a major controversy. The Tamil version’s producer Aascar V Ravichandran yesterday issued a notice to Shankar, alleging that he is the whole and sole owner of the rights of Anniyan’s storyline, as he bought the rights from legendary Tamil writer Sujatha.

Ravichandran further warned Shankar that any adaptation or remaking or copying the main plot of Anniyan without his permission is “totally illegal” and told Shankar to drop his plans to remake Anniyan. And Shankar replied to Ravichandran’s allegations on a strong note.

Shankar told Ravichandran that he is ‘shocked’ to receive his mail stating that he owns Anniyan’s storyline. Shankar went on to say that everyone associated with the movie were aware that the script and storyline belongs exclusively to him and in fact the movie was released with the tag: Story, Screenplay and Direction by Shankar.

Shankar clarified that he did not assigned in writing any script or screenplay to any person, and continue to retain the right to exploit the script in any manner he deems fit. Shankar also said that Sujatha was engaged by him only to write dialogues for Anniyan and was created accordingly. “He was not involved in the script, screenplay or characterization in any manner, and there is no scope beyond his engagement as a dialogue writer,” Shankar mentioned in his letter.

Shankar stunned Ravichandran by saying that he is absolutely entitled to exploit Anniyan’s story and that Aascar Films does not have the right to remake or make any derivative rights for “Anniyan”, as the said rights have not been granted to him in writing. We will have to wait and see how the issue will be resolved in the coming days.