The Apollo Hospitals has just issued a new bulletin to update hero Sai Dharam Tej’s health condition. The doctors have informed that Sai is stable and that all his major organs are functioning well. The doctors further revealed that Sai is still on ventilator in the ICU and that additional investigations will be done later today. The next bulletin will be out tomorrow.

Sai Dharam Tej sustained soft tissue injuries and a collar bone fracture after losing control and falling off his imported sports bike on the Durgam Cheruvu Cable Bridge on Friday night at around 8 PM. He was first rushed to the Medicover Hospital in Madhapur. After stabilizing him with initial treatment, the doctors shifted Sai to Apollo Hospitals last night. The entire Mega family is with Sai and is constantly updating fans on his condition. 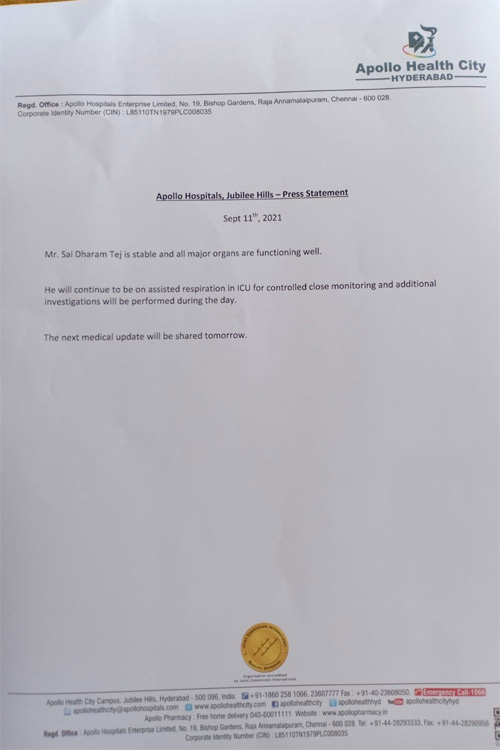