Apologize to those who didn’t like Dwaraka: Vijay Deverakonda
Published on Mar 5, 2017 5:04 pm IST 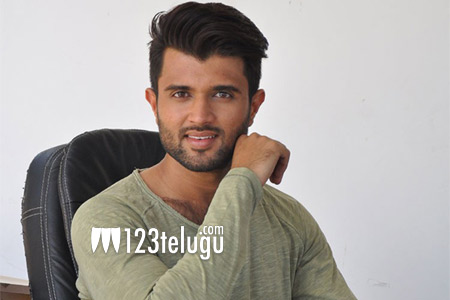 Following the mammoth success of Pellichoopulu, expectations were quite huge on young hero Vijay Deverakonda’s recent release, Dwaraka. The film mostly received positive response from critics and movie lovers and the box-office collections are steady.

Expressing his happiness over the film’s success during Dwaraka’s success meet, Vijay stole everyone’s hearts by apologizing to those who didn’t like Dwaraka. Vijay further added that he understands that no film can manage to impress each and every person who watches it and said that he and the film’s team believed in the script and worked quite hard to bring out the best output.

Dwaraka’s team will be aggressively promoting the movie across the Telugu states through a success tour that starts from March 8th. Srinivas Ravindra directed Dwaraka and Pradyumna and Ganesh produced it. Pooja Jhaveri is the film’s leading lady.