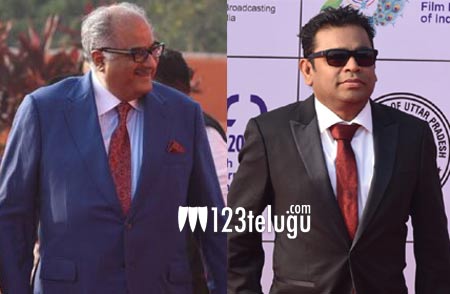 For the past few days, the controversy surrounding Sanjay Leela Bhansali’s Padmavati’s release has captivated the whole nation. Following protests in Rajasthan and few other areas, the film was voluntarily postponed by Viacom 18 Motion Pictures.

Meanwhile, several bigwigs in the industry have come out in support of the film and said that we can’t let fringe groups hold someone hostage. However, it looks like not everyone in the industry is willing to talk about the issue.

Earlier today, at the inaugural ceremony of IFFI, Goa when AR Rahman was asked for his comments on the Padmavati issue, the music director avoided the topic altogether. On other hand, when the media posed the same question to Boney Kapoor, he said, “Padmavati is, well, not my film.” Among others, only Vishal Bharadwaj and Nana Patekar are said to have supported Bhansali in these trying times.