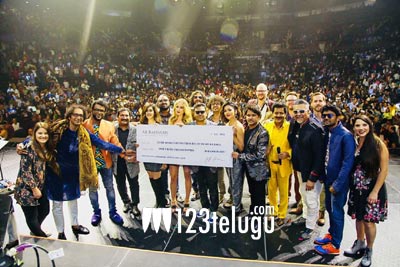 Joining the long list of celebrities and common people who have generously donated for the Kerala flood relief, music wizard AR Rahman contributed Rs 1 crore. Rahman will be donating the amount to the Kerala CM Disaster Relief Fund.

For the last one month, Rahman and his troupe have been performing live at various American cities. Rahman has donated a part of the proceeds collected through his musical tour. Meanwhile, Kerala is slowly getting back to normalcy and standing on its feet. The flash floods across the state have claimed nearly 400 lives. The state’s exchequer has received over Rs 2,000 crores in the form of donations.