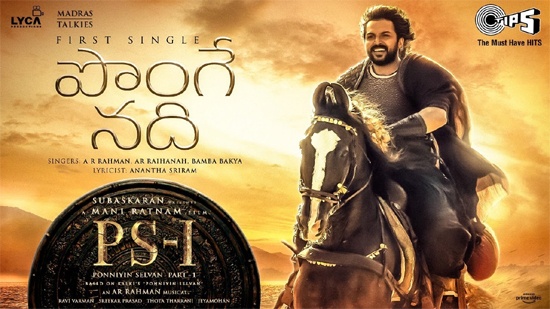 Mani Ratnam’s magnum opus Ponniyin Selvan is one of the most awaited PAN Indian films this year that will be out in theatres on 30th September in multiple languages.

Today the makers have released the first single Ponge Nadhi. This song is an ode to the Kaveri river by Chola commander Vanthiyayethavan played by Karthi. AR Rahman has once again weaved his magic through beautiful music. Kaveri river is very significant to the Chola dynasty.