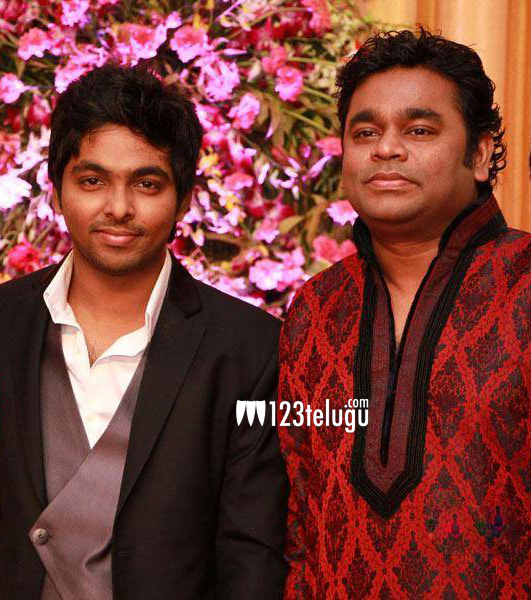 If the news from the Tamil media circles is to be believed, legendary composer AR Rahman will soon sing in his nephew and young music director GV Prakash Kumar’s 50th film. Even though the news has not been confirmed officially, GV Prakash is reportedly in advanced talks with his uncle to croon for a special song for Vijay’s upcoming film in Raju Rani fame Atlee’s direction.

If GV Prakash manages to convince AR Rahman, this will be the first time ever Rahman will be singing for other composers in his two decade long career. Meanwhile, the yet to be titled Vijay’s 59th film will be launched formally on 26th June, after Vijay returns from his UK holiday. Samantha and Amy Jackson are the film’s leading ladies.