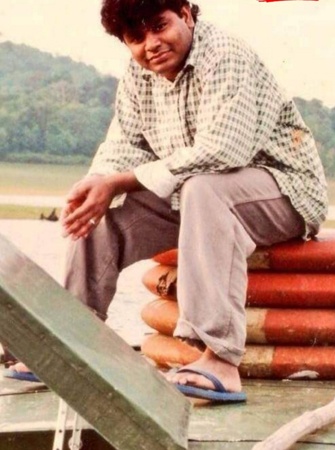 A R Rahman needs no introduction at all. The manner in which he has come up in life is there for us all to see. Even today, he continues to give super hit songs for his films.

Rahman started his career when he was very young. He got solid fame when he was in his 20’s iself. One such snap when he just found fame after Roja has now gone viral on social media.

Rahman looks very young and is seen in a chilled out avatar. His next big film is Mani Ratnam’s Ponniyan Selvan which will be released in two parts.