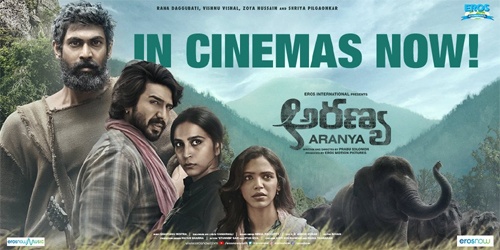 Aranya is a film that Rana had pinned a lot of hopes on. The film was based on elephants and their survival and the star hero worked so hard to get his act right.

The film released on the 26th of March along with Rang De. But the talk was quite dull and this also showed the effect on the collections.

The forest drama has made only 2.4 crores share so far in its first weekend. The film directed by Prabhu Solomon did not see any occupancy and struggled even on the weekends.

Now that the weekdays have started, things will be even more difficult. Let’s see how the film holds up.