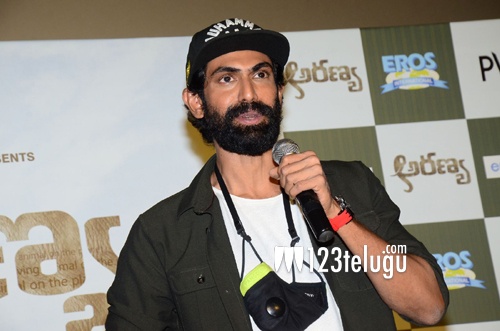 The theatrical trailer for Rana Daggubati’s upcoming trilingual film, Aranya, was launched at an event this evening. Speaking on occasion, Rana revealed what his grandfather and legendary filmmaker Rananaidu had told him several years ago.

“My grandfather once told me that, whenever we make an action film, there will always be several people who will be keen on investing money and pay us advance amounts, but very few people come forward to invest in niche films. Aranya is one such niche film and the entire team will always be special to me,” Rana said. Rana also thanked the film’s producers at Eros International for believing in the film and not skipping the theatrical release and stream it on OTT platforms.