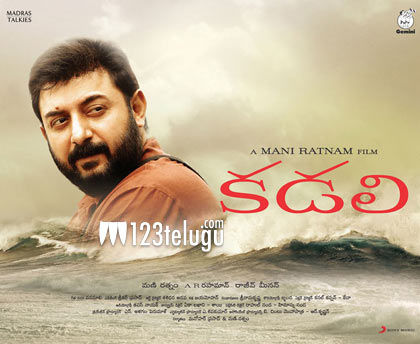 Mani Ratnam’s latest film Kadali, which released on February 1, has been caught in a storm in both Andhra Pradesh and Tamil Nadu. Despite the star studded crew and cast, the film couldn’t impress the viewers and critics alike. Among the actors in the film, all eyes were on Aravind Swamy as he was making a comeback after a long gap. He played the role of a Church’s Father and his performance was well received; however, the overwhelming negative buzz about the film came as a huge surprise for Aravind Swamy.

Soon, he took upon the responsibility of defending Mani Ratnam and said that Kadali was an unconventional story which only a director of Mani Ratnam’s calibre could have attempted. “Some vested interests spreading rubbish on #Kadal. Ignore those internet comments and reviews. my advice: It is an unconventional story which nobody except MR will even attempt. Experience #Kadal if u love cinema,” Arvind Swamy tweeted. A R Rahman has scored the music and Rajeev Menon is the cinematographer of the film.