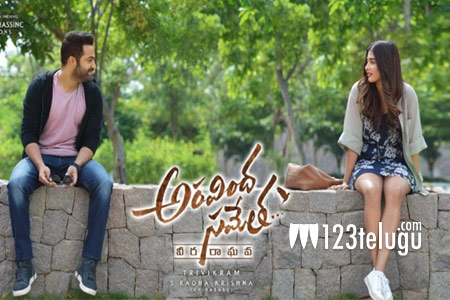 Telugu films have always been loved in Tamil Nadu and even end up making good money there. As Aravinda Sametha is carrying a superb buzz, the Tamil distributors have decided to have a wide release in the city of Chennai.

The news is that in just the city of Chennai alone, close to 180 shows are being aired in the single screens and multiplexes on the first day of the release itself. This clearly shows the craze the film is carrying in Tamil Nadu.

Back in the Telugu states, the film is releasing with massive hype and the trade is expecting some solid figures on the first day.