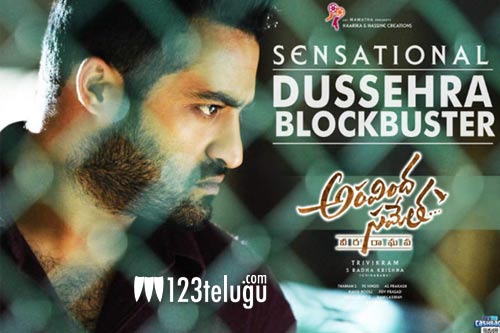 The makers of Aravinda Sametha planned things in such a way that the film gets solid openings. As expected, the film has opened to some very strong word of mouth and made a share of 26 crores on the first day in the two Telugu states.

The second day has also been quite strong as the film made a total share of 7.95 crores. With this, the film has collected 34.5 crores in just the two states alone which is huge.

Here are the detailed collections from the two days.