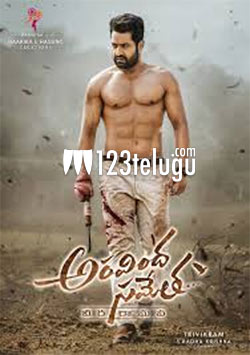 NTR and Trivikram’s upcoming action family entertainer, Aravindha Sametha, is fast nearing its completion. Expectations among fans of the actor-director duo are humongous as this is the first time that Tarak and Trivikram are teaming up for a project.

Currently, the shooting is going on in full swing in two giant sets built on the outskirts of Hyderabad. Meanwhile, the reports reveal that the film’s unit will be flying to a foreign country in the first week of September to can a song and with this Aravindha Sametha’s entire shooting formalities will be wrapped up by September 15.