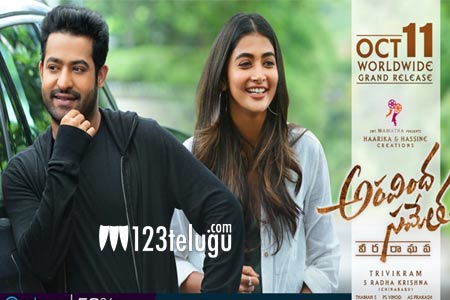 After releasing yesterday to positive reviews and a thumping word of mouth among fans, Aravindha Sametha was unstoppable at the box-offices worldwide on its opening day. The film has erased existing non-Baahubali records in several centres. Especially, the film’s collections in Australia are unprecedented.