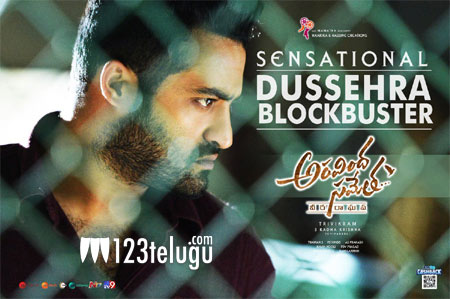 After releasing yesterday to a thumping response from fans, NTR and Trivikram’s action drama, Aravindha Sametha, stormed the box-offices worldwide with record collections. The film has broken non-Baahubali records in several centres in AP and Telangana.

In Nizam, Aravindha Sametha has set a new non-Baahubali record by collecting a whopping share of Rs 5.73 crore. Trade circles are buoyed by the film’s openings and are eyeing massive shares in the region. Stay tuned for more updates on the film’s daily box-office collections.