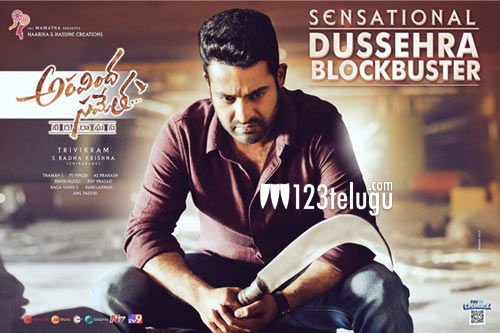 NTR’s Aravindha Sametha is continuing its steady run at the box-offices across the twin Telugu states and overseas. The film has already emerged Tarak’s career best earner, and is looking to climb up the ladder in the list of all time top Tollywood grossers.

Now, Aravindha Sametha has achieved a rare feat at RTC X Roads, the Mecca of movies in the Nizam region. By the end of its 12th day, the film has collected a gross of Rs 1,01,09,967. ASVR is the fifth fastest 1 crore grosser at RTC X Roads, after Baahubali 2, Rangasthalam, Baahubali and Srimanthudu.

Trivikram has directed the film and S Radha Krishna has produced it. Pooja Hedge is the film’s leading lady.