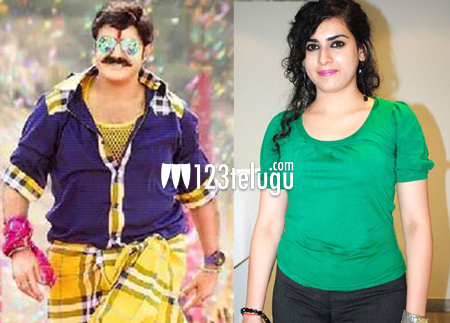 Nandamuri Balakrishna’s 98th film in the direction of debutant Sathya Deva is all set to turn glamorous. Starring Trisha and Radhika Apte in the lead roles, the film will now feature Telugu girl Archana in a few important scenes and a special song. The makers have already finished shooting the song recently.

Speaking about the song, Archana says that this is not an item song but a situational number which comes in at a crucial point in the film’s narrative. Previously, Archana paired up with Balayya in ‘Pandurangadu’ and ‘Parama Veera Chakra’.

Archana is extremely thrilled to be a part of this prestigious project and can’t stop praising Balayya for his cooperation during the shoot.