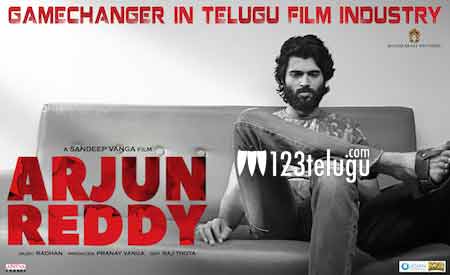 Arjun Reddy was a runaway hit during its release time. Now, it has performed quite well during its second release on TV. The latest we hear is that the film has garnered a TRP of 13.6 during its TV premiere.

This is quite an achievement as most of the film’s hard-hitting chunk was edited out during the TV transmission. Sandeep Reddy’s direction was the highlight of the film which won everyone’s appreciation all over.

Looks like the audience has also loved the film on TV and this is a clear sign that when you create different and hard-hitting the audience will surely watch it.