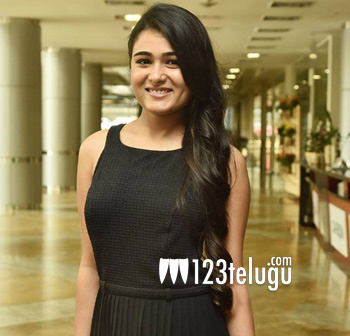 She may not have done any major projects in Telugu post the release of the hugely successful film Arjun Reddy. However, Shalini Pandey signed a series of films in Tamil and is now set to make her debut in Hindi opposite none other than Ranveer Singh in Jayeshbhai Jordaar produced by the leading production house Yash Raj Studios.

And speaking about the film and her role, she said in a statement, “Being given the opportunity to be signed on as a talent and also being cast under the Yash Raj Films banner is truly any artist’s dream.”

She added, “I’ve been blessed with this huge chance to show my mettle in the Hindi film industry and I’m incredibly thankful for it. I’m also very fortunate to be sharing screen space with Ranveer Singh who is one of the biggest superstars of our generation and also one of the most versatile actors too.”

She added that she’s thrilled.and we can understand why! Who wouldn’t want such an amazing debut? “I’m thrilled about being paired opposite to him and this inspires me to prepare myself thoroughly to deliver the best.”