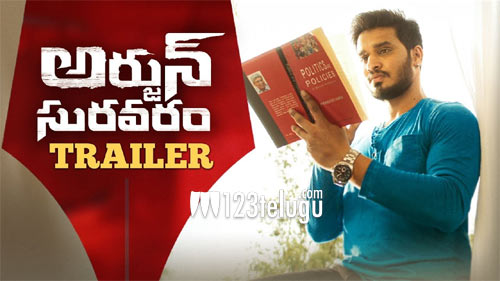 Young hero, Nikhil has been going through a rough patch from quite some time now as his latest film, Arjun Suravaram was postponed several times.

The film is finally releasing next week and Nikhil is very kicked about it. The film’s trailer was out today and it looks gripping and interesting.

Nikhil plays this reported who is pushed into a scam of fake certificates and how he takes on the bad guys with the help of his media background is shown effectively.

The trailer has been cut effectively and both Nikhil and Lavanya look good together. The BGM is also good and sets up for an interesting watch as of now.