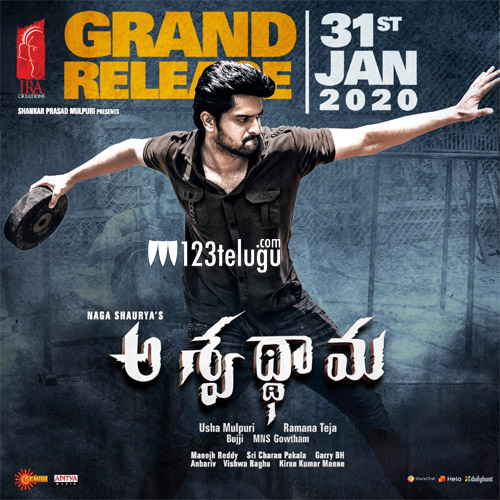 The makers of Ashwathama today met the press and revealed some interesting details of their film. They revealed that the film will come out on the 31st of January in a grand manner.

The makers revealed that the film has come out quite well and the post-production is on in full swing as of now in Hyderabad. Naga Shourya has already started dubbing for his part.

The film is directed by debutante Ramana Teja. Shourya’s home banner, Ira Creations are producing this film. Mehreen plays the female lead in this film which is an out and out comedy-drama.