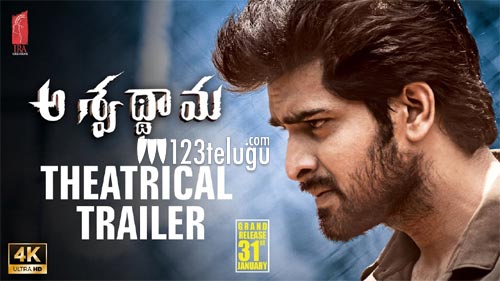 The much-awaited trailer of Ashwathama is finally out in the open now after a lot of promotions. The first impression we get is that the film is going to be a riveting thriller.

Naga Shourya is seen as a man who is looking out for a serial killer. All this has been established superbly in the trailer. The BGM is superb and lifts the proceedings completely especially the action episodes look stylish.

The action drama is directed by Ramana Teja and he has presented Naga Shourya in a superb manner. Naga Shourya has himself written the story of this film which has Mehreen as the female lead.

The gripping trailer has lived up to all the hype and will surely create a good buzz for the film which will release on the 31st of this month.