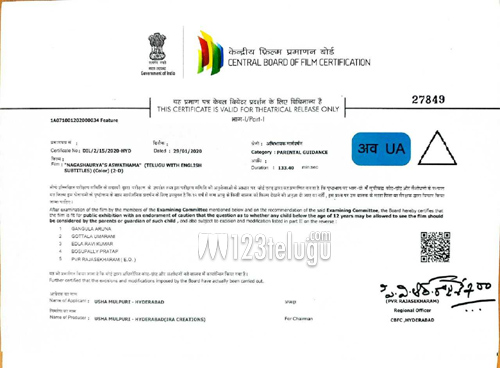 Ashwathama is a film that Naga Shourya has pinned a lot of hopes on as it is the first film for him in an action avatar. Mehreen is the heroine.

The latest we hear is that the film has completed its censor with a U/A certificate and is up for a release on the 31st of this month.

The other news is that the film’s runtime is also locked for 2 hours 13 minutes which is crisp and perfect for a suspense thriller. Ramaa Teja is the director of this film.