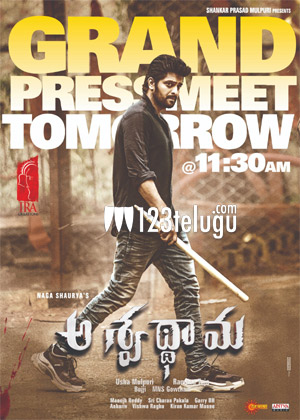 Naga Shourya’s Ashwathama is in the news for the last few days as the young hero is all set to present himself with a completely new look with a chiseled body. The film has completed its shoot already.

The makers have started the promotions officially and they will meet the press tomorrow. The news is that they will officially announce the release date of the film. Mehreen plays the female lead in this film.

Touted to be a romantic action entertainer, the film is being directed by debutante Ramana Teja. Shourya’s home banner, Ira Creations are producing this film.