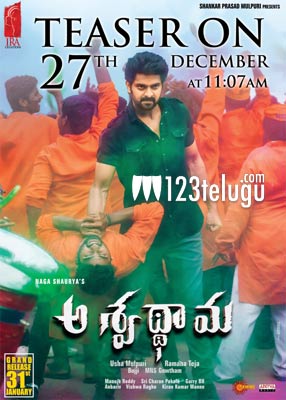 Ashwathama is a film that is being awaited all over as the film has Naga Shoura in an action avatar for the very first time in his career after playing soft roles.

The latest we hear is that the film’s teaser will be out on the 27th of this month. There is a decent curiosity for this film as it has a story by Naga Shourya himself.

Naga Shourya’s home banner, Ira Creations is bankrolling this film which has Mehreen as the female lead. Sricharan is the music director of this action entertainer.