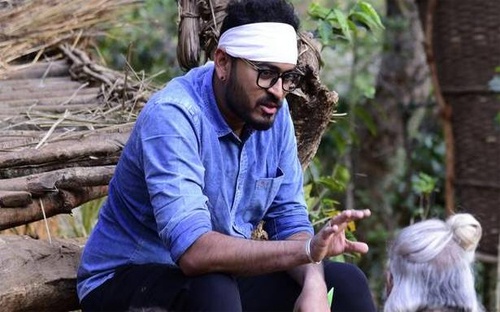 Ashwin Gangaraju, a former assistant of SS Rajamouli, is all set to make his directorial debut with Aakashavaani. The film stars Samuthirakani and Teja Kakumanu in important roles, and it’s said to be a serious period drama set in a forest. Rajamouli’s son, Karthikeya was the producer of the film initially; however, he opted out of the role owing to his work constraints and A Padmanabha Reddy is producing the film now.

Having assisted Rajamouli in Eega and Baahubali series, in a recent interview, Ashwin said, “I worked with Rajamouli sir for seven years. Naturally, I picked up a few things from him. I began writing Aakashavaani before I met him, but, subconsciously, the idea got more and more clear and grander as I worked with him. For me, the grandeur in the emotions is more important.” Interestingly, the film also has a mythological connection, and the director confesses that the story arc is inspired from Hiranyaksha and Prahalada.

The film is currently in the last stage of post production, and the team is likely to take a call soon about when to release the film in theatres or if it’s better to sell the film to an OTT.