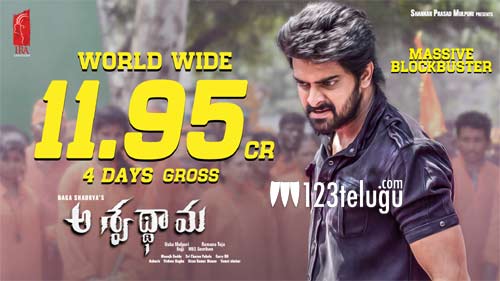 Aswathama is a film that has given instant happiness to Naga Shourya as he has scored a hit after a long time in his career.

The suspense thriller has released last Friday and is doing quite well all over the Telugu states. The news now is that the film has made a total gross of 1.95 crores which is pretty good.

As the weekdays have started, the film will be tested and if it performs well in the next few days the team will be in a safe zone very soon. Ramana Teja directed this film.