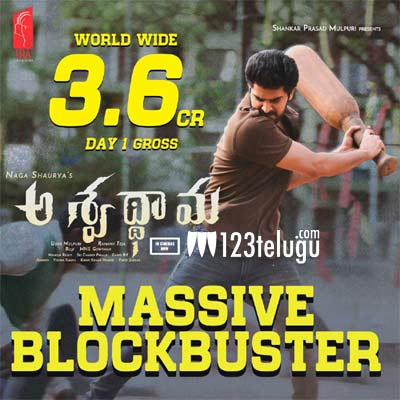 Aswathama is a film that has brought a lot of joy to Naga Shourya’s face as he has been appreciated a lot for his performance and story of the film which he wrote himself.

The first day collections are out and the trade reveals that the film has made a total gross of 3.6 crores worldwide. The weekend collections will be key for the makers and to promote the film, even more, Shourya is going to tour the state of AP today.

Ramana Teja directed this film which had Mehreen as the female lead. Bengali actor, Jisshu Sengupta plays the main villain.