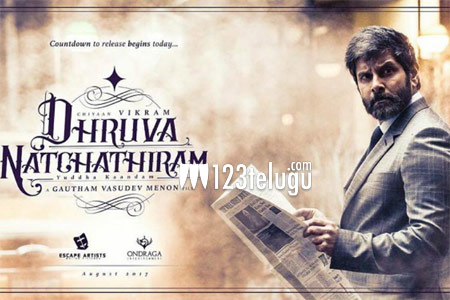 Tamil star Chiyaan Vikram and director Gautham Menon’s highly-anticipated spy thriller, Dhruva Natchathiram, has been in the making for nearly a year. The film’s theatrical trailer will be out in February, while the movie is slated for release on May 19.

The latest update is that the film’s ultimate schedule has finally kick-started in Chennai today. The entire shooting formalities will be wrapped up in a single schedule and the team will later get busy with the post-production work.

Dhruva Natchathiram has young beauties Ritu Varma and Aishwarya Rajesh as its female leads. Harris Jayaraj is the music composer, while Gautham Menon is producing the movie along with Kondaduvom Entertainment banner.