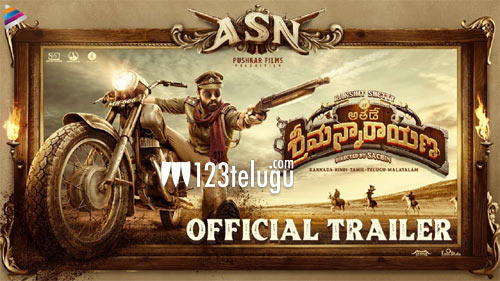 Kannada films are slowly but steadily making their presence felt in the Telugu film industry from the last two years.

Yet another film which has caught the imagination of many is superstar Rakshit Shetyy’s Athade Srimanarayana whose trailer was released today.

The film has an imaginary premise and is set up well. The hunt is for a lost treasure and Rakshit Shetty is seen as a cop in the film.

The trailer is a bit different from the others and has a unique action set up and premise. Directed by Sachin, we need to see how this film works for the Telugu audience.