Audience will forget themselves while watching Jersey-Nani
Published on Apr 9, 2019 5:08 pm IST 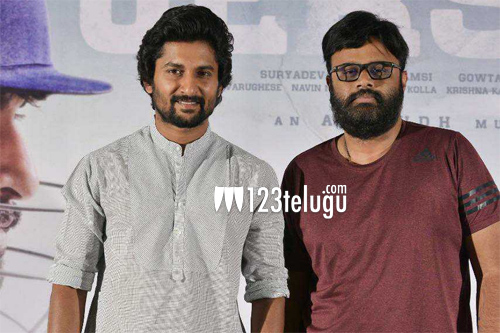 Nani is all set for the release of his next film Jersey that hits the screens on April 19. Starring Shraddha Srinath as the female lead, the flick is directed by Gautham Thinnanuri.

Nani is very confident and says that everyone who sees the film will forget themselves and will get connected to the emotions. Nani further added that the film has given the utmost satisfaction to him as an actor and he has watched it already 20 times and has loved it completely.

Produced by Naga Vamsi, Jersey has Nani playing the role of an aging cricketer.