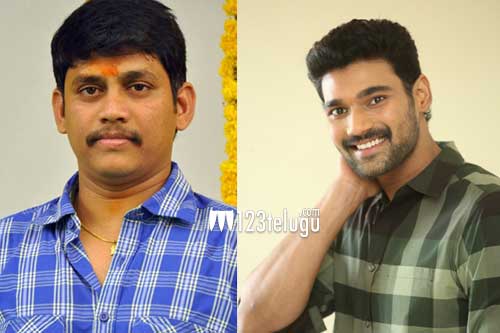 Revealing about Sai’s character in the movie, Santhosh said, “Sai plays a happy-go-lucky young man in the movie. Usually, such youngsters are quite honest in real life. Sai’s character reflects that honesty. Nabha Natesh plays a crazy Telangana girl and Anu Emmanuel dons a dignified character. Devi Sri Prasad has elevated our film with his music,” he added.

Santhosh then spoke about the ‘Sonu Sood phenomenon’. “I personally knew about Sonu’s kindness and humanity since Kandireega days. He used to tell me the social work he was doing. We had wrapped up a crucial schedule with Sonu before the lockdown. He began his humanitarian work after 4, 5 days and became a hero for the masses. But I haven’t made any changes to Sonu’s character in Alludu Adhurs. His character will reflect his humanity. I made slight changes to the script during the lockdown,” Santhosh revealed.

Talking about his future projects, Santhosh said, “I started a film with Ravi Teja before Alludu Adhurs. We shot for 2 days and then it was shelved. I don’t know if it will go on floors again. It’s my dream to make an out-and-out entertainer with Pawan Kalyan. There is also a plan to make Kandireega sequel. A few producers asked me to make exclusive films for OTT. I’ll announce my next project after Alludu Adhurs’ release,” Santhosh concluded.