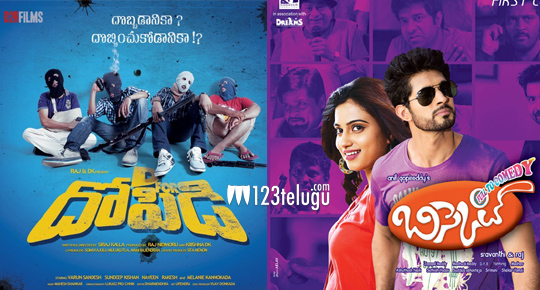 Arvind Krishna is getting ready with his new movie Bisket which has Dimple Chopade as the female lead. The shoot of the movie has been completed long back and the audio launch is going to take place today at Annapoorna 7 acres. This is an out and out comedy entertainer and is directed by debutant Anil Gopi Reddy who has also done the music for the film. This movie is produced combinedly by Sravanthi and Raj on Godavari Productions.

Meanwhile the audio launch of D for Dopidi which has Sundeep Kishan and Varun Sandesh as the main leads will also take place today at Novotel. Melanie is marking her debut as a heroine with this film. This movie is produced by Krish DK and Raj Nidamoru and recently Nani has bought half of the stake in the film. Siraj Kalla is making his debut as a director and music was composed by Mahesh Shankar and Sachin-Jigar. This movie too is expected to be an out and out comedy entertainer.