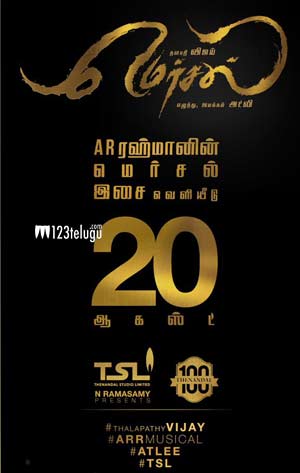 Tamil superstar Ilayathalapathy Vijay’s upcoming film Mersal, Adirindhi in Telugu, is one of the most eagerly awaited movies of 2017. The film’s soundtrack is scored by none other than the Oscar winning composer AR Rahman.

As per the latest updates, Mersal’s audio album will be unveiled on August 20. The film is going to have a simultaneous release in Telugu along with the Tamil version. Vijay will be seen in three different roles in this movie.