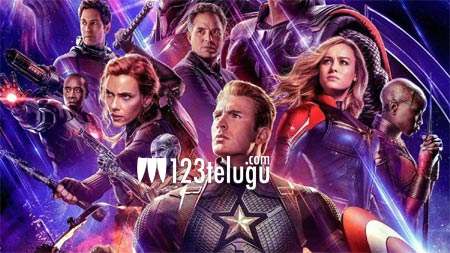 Avengers: Endgame, the much-awaited superhero flick from the Marvel Universe, has had its North American premiere finally and fabulous reviews are pouring in for this biggest Hollywood spectacle ever. “Epic, emotional, exceeds all expectations,” these are some of the initial reactions of those who have caught up with the premiere.

Soon after the completion of the premiere, Avengers: Endgame stood fresh at 98% on Rotten Tomatoes and even other leading Hollywood publications and critics have been showering positive reviews. Endgame is expected to gross a record $300 million in its first weekend in North America alone.

In the twin Telugu states, the craze for FDFS tickets has been humongous. Almost all the shows at several multiplexes in the major towns and cities in AP and Telangana are sold out already. The film releases April 26 in English, Hindi, Telugu and Tamil languages.

#AvengersEndgame is an astonishing, amazing film. I’ve never seen anything like it. This movie is everything I wanted to be and SO much more. Amazing.

Imagine the best possible version of #AvengersEndgame and somehow the film still surpasses all expectations. I cried 5-6 times. It’s the most emotional, most epic, MCU film. A tribute to ten years of this universe and holy shit the great fan service in this movie. Soooo good.

This can't be understated: #AvengersEndgame is everything you want it to be and more. I am absolutely floored. A perfect reflection on the last 11 years that pays off everything in the best way possible. Without question my new favorite Marvel Cinematic Universe film. Stunned. pic.twitter.com/5LvFw9UEBQ